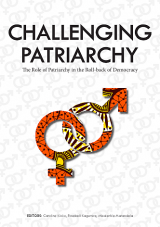 This publication not only highlight regression in the various thematic spaces; reproductive health, religion, media, social and political movements as well as the state of constitutionalism, but also recommend interventions and concepts that can gear states towards an inclusive democracy.

Is the Vision for Equality in Taita Taveta County a Mirage?

How is gender equality understood at the County level, and how can the County’s policy and development blueprints and sectoral budget be used to prioritise and analyse gendered needs?

The Gender Forum travelled to the ethnically cosmopolitan town of Isiolo to contribute a platform for dialogue on women’s participation in decision making in Isiolo County, with focus on the budgeting process.

African gender equality champions have made notable strides - through the state, in political parties, in the media and the economic sphere toward a seemingly elusive gender equality goal. Efforts are frustrated by interpretations of societal norms and values rooted deeply in patriarchal structures and mindsets. Has enough been done to re-socialise or re-educate?

The Virtual Conference on Challenging Patriarchy in Africa  provided a platform for an African conversation on advancing feminist thought and action on the continent, exploring ‘New Spaces and Strategies for Advancing Gender Equality in Africa’.

The book offers a simplified but comprehensive profile of all the elective, nominative and appointive positions in Kenya's Constitution, for women and men to make informed decisions about which offices to go for. 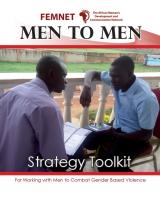 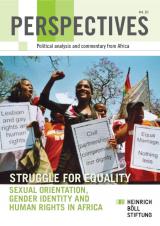 This issue sheds light on the ongoing struggle of lesbian, gay, bisexual, transgender and intersex (LGBTI) people for equality in Africa.

Gender Mainstreaming – Possibilities and Limits of a Radical Social Concept

Gender mainstreaming examines and analyses all political, policy and economic decisions with regards to their effects in relation to gender.