Article
Civil society has always played a key role in Sudan’s long ongoing struggle for political reform and the National Congress Party, which has ruthlessly clung to power for nearly 30 years, is cognisant of this. Very few political analysts could have predicted what has transpired in Sudan over the past four months. On 19 December, a small protest ostensibly over a treble price hike in bread triggered a domino effect of protests across the country, including in former ruling party strongholds. It soon became clear the initial protests lit a powder keg within Sudanese society, frustrated at 30 years of authoritarian rule with mass corruption and an unwieldy security apparatus --Sudanese citizenry have had enough. 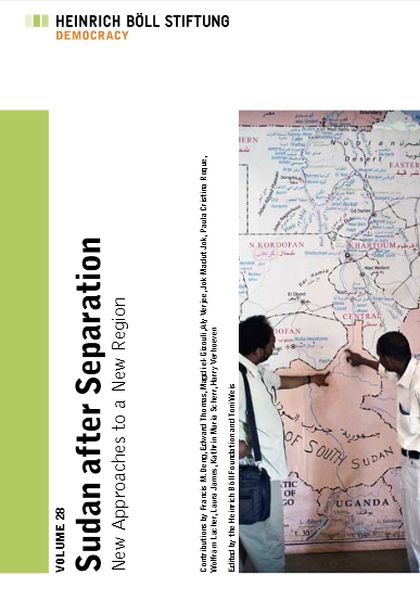 Sudan after Separation: New Approaches to a New Region

Building on the 2010 publication, Sudan – No Easy Ways Ahead, the Heinrich Böll Stiftung brought together a new group of authors to reflect on the challenges of the post-separation era.