The potential of Africa’s growing youth population fuels the narrative of a continent on the rise. In Kenya, however, young people have been largely marginalised in governance as well as in development. Unless this is addressed, they are likely to be a threat to peace, a hindrance to development and an obstacle to building a strong democracy.

The 2010 Constitution of Kenya explicitly provides for the inclusion of all population groups in all decision-making and governance processes. It also introduced a devolved system to decentralise the government and promote citizen participation. Other laws that give effect to the constitutional provisions for participation include the County Government Act, which mandates county governments to facilitate the establishment of structures for citizen participation. In theory, government has moved closer to the people – but the reality on the ground tells a different story.

Interactions with young people reveal that they lack knowledge, information, skills and platforms for engagement. This is where Sauti Mtaani comes in. Sauti Mtaani, a Swahili phrase that loosely translates as “Voice in the Hood”, is a web-based platform developed by the Community Education and Empowerment Centre (CEEC) with the support of the Heinrich Böll Stiftung.

With a website (http://sautimtaani.co.ke) and a short code (21393), the platform aims to facilitate civic engagement between youth and the members of county assembly (MCAs), their local elected representatives. The devolved system of governance established 47 county assemblies, and each MCA represents a ward, which is the lowest electoral unit within Kenya’s electoral system.

How does the platform work? Using the short code, the youth send free text messages from their phones to their respective MCA. It is important that the platform is free of charge because the participating wards are in low-income areas of Nairobi. The MCA gets an alert on his or her phone and responds to the messages from any web-enabled device. This response is received on the sender’s phone and simultaneously posted on the Sauti Mtaani website. The MCAs are thus able to communicate with the youth even when they are away from their wards. To enhance interactions and to encourage healthy competition between the wards, the platform is complemented by a Facebook page and group. In a departure from traditional methods of engagement, Sauti Mtaani facilitates youth participation where young people are most at home – in the field of information and communication technology (ICT). Indeed, the idea came from the evident popularity of mobile phones and social media among urban youth. A platform that combines the use of a short message service and Facebook seemed ideal for this target group.

Assets
perspectives_july_2015.pdf
This post is from the categories:
Themes
Dialogue and Civic Spaces
Civic Spaces
Youth and Alternative Politics
This post is licensed under:
All rights reserved. 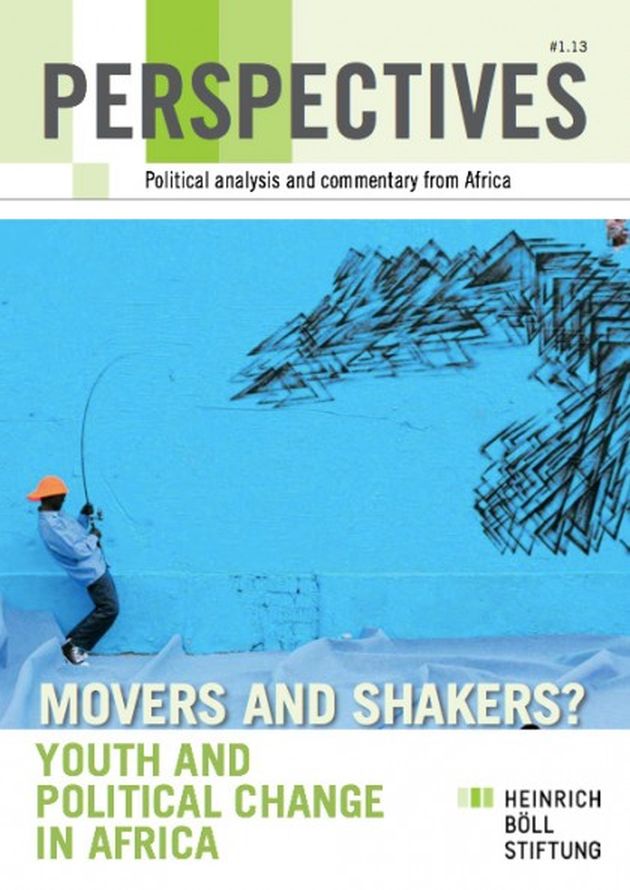 Perspectives #01/2013: Movers and Shakers? Youth and Political Change in Africa

What frustrations are causing the youth to turn to the streets? How do they mobilise today? Are conventional politics and parties able to attract young people or do they seek alternative ways to engage? How does their political participation manifest? Have they been successful? Are the youth a political force?