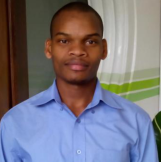 I began my internship at the Heinrich Böll Stiftung on 6th January 2014. My main duties were to conduct analysis and give a Geo-Political Commentary of the East and Horn of Africa region during team meetings. I did review of both print and social media daily in order to keep abreast of developments that pertains to the democracy component. I also conducted review of the Parliamentary Hansards of the Kenyan Parliament.

Under the guidance of Dion Koigi, I worked with Isaac Jumba to develop and update an integrated office databank hosting 1,778 contacts.

During office events that included the Renewable Energy Forum, monthly Gender Forums, and the Program for Infrastructure Development (PIDA) and National Implementation Entities (NIE) workshops, I was part of the key team tasked with logistical support. I also had the opportunity to attend the United Nations Environmental Assembly (UNEA) conference in June 2014 while at the office.

Occasionally, I was tasked with manning the main reception desk, where I received and welcomed visitors to the office. I also operated the main switchboard and took messages when appropriate. Together with Margaret Gichau, we worked to catalog and arrange books and other publication materials at the office library.