The Gender Forum is a monthly public dialogue convened by the Heinrich Böll Stiftung since 2001, encouraging dialogue on pertinent national social issues with a gendered lens. It brings together scholars, law makers and implementers, civil activists, government institutions, students and the general public, aiming at increasing knowledge and effectiveness of policy and programmes. The forum is convened in Nairobi and travels around Kenya in response to County interests.

Article
Women politicians and journalists have fallen victim of false information, most often through personal attacks meant to discourage them from politics or silence their voices in the media. Studies by AMWIK, ‘Women Journalists’ Digital Security’ in 2016 and 2017 indicate that social media has been the most used platform for attacks against female journalists, with the most common gendered attacks being cyber stalking, sexual harassment, impersonation with parody accounts, surveillance and un-authorized use and manipulation of personal information, including images, and videos. With more women in the public limelight, it is projected that more will become victims of fake news.

Event
Gender innovation can be defined as innovations specifically targeted at addressing the roots of gender inequality. Gender inequality is a global phenomenon; different methods have been applied to address the diverse forms of gender inequalities in the world over. Decades of implementations have still not seen an end to gender inequalities more so on gender- based violence and sexual reproductive health related concerns. There is need to fast-track gender equality around the world, we need to shift these trajectories, upend existing dynamics, and pursue game changing interventions.
All Articles on Gender Forum

Our Publications on Gender Forum 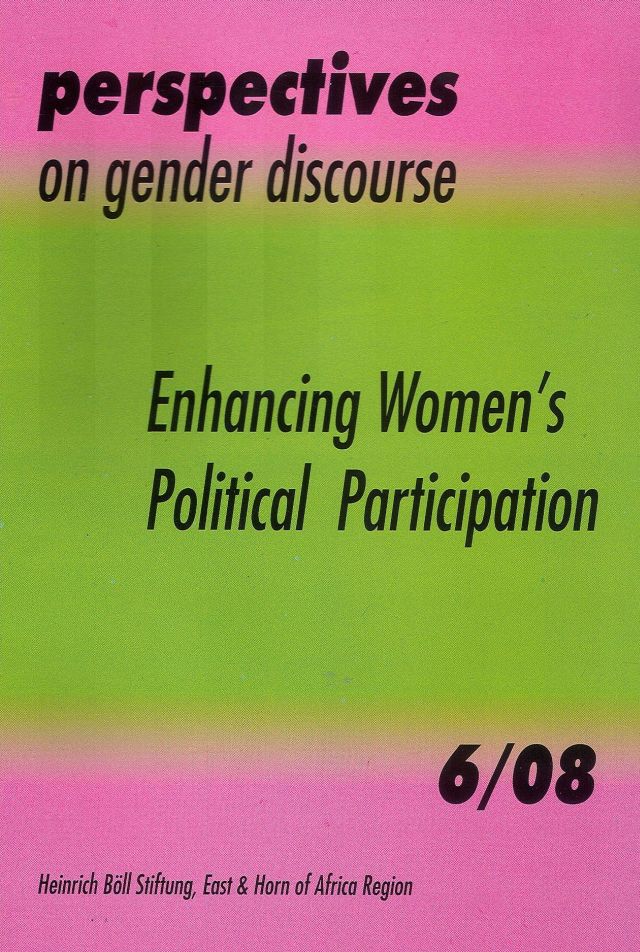 Despite much rhetoric about gender equity, the role of women in Kenyan electoral politics remains dismally low – even by standards of the East African region. The sixth edition of "Perspectives on Gender Discourse", emerging from discussions held at HBS Nairobi's "Gender Forum" in the run-up to the last general elections, takes a closer look at women’s political practice in Kenya from diverse perspectives.

pdf
All publications on Gender Forum